UP BUT MOSTLY DOWN 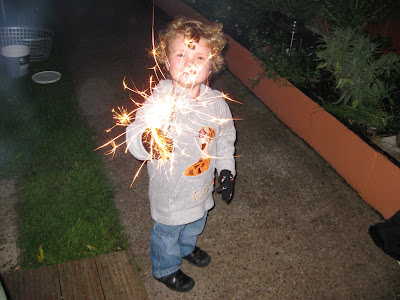 In the garden be for fireworks - Tommy-Lee 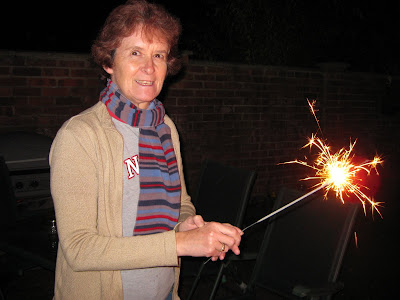 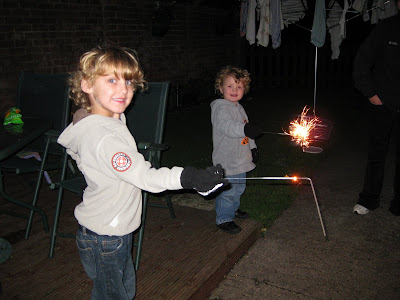 Tonight my family and I went to our local football ground to see the fireworks display. The short walk there was enough to set off the pain in my shoulders and neck. On arriving we sat down, straight away I felt the vibrations from the band it did not help the pain at all. The fireworks were really very good, its a pity I was in so much pain and I could not move my neck very much. 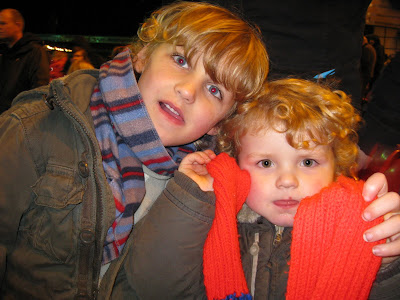 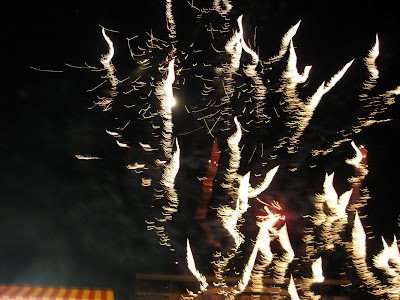 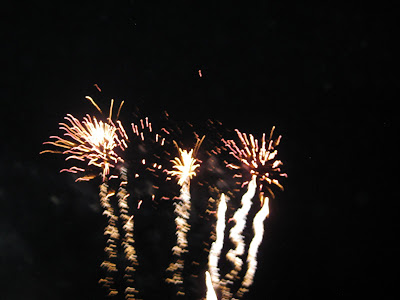 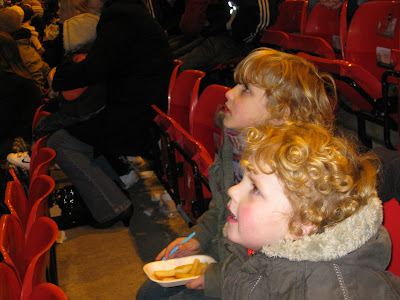 Watching the fireworks
After the display we all walked home the pain was so bad, on arriving home extra, extra tablets and a lay down. As usual a good night was spoilt by RSD. Eventually the pain subsided and I was able to have a hot dog and peas. The boys enjoyed it, squeals of delight everytime a loud firework went off.

Pilate's
I felt I did not really achieve much as everywhere seemed to be painful especially in my shoulders. After the pain, spasms started, then pain again. After a lot of extra tablets, too many the pain calmed down a bit enabling me to go to bed at 4.30. Most of the night was broken by spasms or pain.

Doctors today I asked him about the pain he increased my GABAPENTIN to 900mg a day at this rate I will be back up to what I was on be for. I told him I did not think the extra OXYCONTIN had done much to help the pain. I am going to try the extra GABAPENTIN for a month to see if any improvement.

Paul and I are going to another bonfire and fireworks tonight. A proper one with an actual fire. I should be alright tonight as not as much pain. We all walked the short distance to the field even be for we got there I was in pain again so much for a better night. I think it might be some thing to do with the cold air? Again it was a very good display and the bonfire was very warming but spoilt again by pain more extra tablets.

Dentist today everything okay, while I was in town I decided to see if I could get an eye test I wear glasses for distance so not all the time . I was able to get a test, while waiting I talked to one of the ladies she noticed my glasses were a bit bent, ( there are the bendy type virtually unbreakable memoforme, when I first got them I broke them in three days) I said I usually have them on a cord she said that usually bends them. As I sat waiting for for the test I looked at my glasses and just bent them back they broke in my hands, as they were unrepairable I had to have some more £274.00 worth I get transition's lenses as my eyes are sensitive to bright light.( They go dark and clear sun glasses and glasses in one). This was a bill I was not expecting. Also my eyes were unchanged so had not my glasses broke my bill would have been £25.00. Quite a day.

I went to see one of my friends today it was his birthday 87years old, he said he did not know how many birthdays he would have left, not like me you would have plenty more to come. I said I did not know if I wanted many more with all this pain, he said was it that bad. I said most of the time it was. The good days are few, the bad plenty. He said chin up darling I know there are a lot worse off than me with but at times the pain really gets to me .

I went to see my sister in law Pam and brother in law Malc, Pam now has had her titanium plate fitted in her head she had a massive stroke and brain hemorrhage a year a go and had part of her skull removed because of the swelling she did not have much chance of recovering, she is doing amazingly well. She is able to lift her leg up and down take a few steps and move her hand slightly. I feel quite guilty because of what she has bean though but on the other hand she is not in any pain, its the pain that is the worst thing with RSD I think most (if not all people) with RSD would agree.

I have got a cold bad head feeling rotten body is very sensitive my hips are bad clicking and locking at times, quite painful at times I could do with out this. My knees are also bad. Here I am 54 years old and my main topic is pain. What would I give to be back how I was five years ago when I had a life.

Today is not a good day for pain my whole body hurts, my right shoulder feels like ants are running over it, my foot is swollen and very sensitive. When I try to walk to relieve my shoulders my hips hurt. When walking to help my hips, my shoulders hurt. Which ever way I walk I am in pain. My hips are bad, laying on the floor doing some exercises my right hip locked and I could not move, when it did give way it clicked loudly like it had bean dislocated. My left foot, my good one has bean hurting it probably feels left out its about the only part of me that has not had a lot of pain.

Physio
I asked Wietse about my hips he showed me some stretches to do. He thinks it is the way I walk and the osteoporosis to blame, which could be getting worse. I am to see my doctor about it, he will probably do another Dexter test to see how the osteoporosis is doing. I have to have a full blood test as well to check on iron levels and any other levels.

It is five years to day since my dear Mum unexpectedly passed away. I was told after the first few years things would get better it has not. With Mum and Dads deaths being so close together, eight weeks apart, it was too much to take I think if I did not have RSD I could have coped better (having only beaning diagnosed a few weeks before) f *** RSD.

Temperature changes have bean extreme one minute red hot all over then cold. Wietse thinks some is RSD, some the change. I have come off CLONIDINE and did not really want to go back on it side effects cause stomach upsets, it is also a drug not to be on long term. So I am putting up with them hopping they die down or even go. To day I have a lot of pain in my right foot and both hips, I creak like an old woman and most of the time feel like one.

Went to the crematorium to see my Mum and Dads place of rest. I have bean having a battle try to get some sort of memorial for them like a seat or plaque but it has bean no go so far had more or less given up. I spoke to a lady she works there who told me I could buy a little plot where we could all go and lay flowers, also we can have a stone put on, it will not be where they are laid to rest but its good all the same. I learnt more from this one person, than I have in the last five years from all the others put to together. She even showed me the plots that i can have, and where my Mum and Dad were laid to rest also my brother. I thought as did all my family, there ashes were scattered, they were actually buried. When I had bean going to visit them I had sat on a seat just a few yards from where they were. The day was very upsetting but I felt better over all as I had at last achieved something.

Physio
Wietse put usual needles in. I told him I had bean having pain in my arms like the pain I have in my foot and shoulders. He thinks may be its the RSD going there as well. When will this stop? Pain levels have varied from 5 to 10 over the last few days. I have not had many good days. Are they still to come?

A couple of dare I say it better days I even slept last night for about four hours with out waking up( 4am to 7.45). Less pain but still enough I think when the worse pain goes, other pain that I don't usually notice comes out as be for it is hidden by the stronger pain. I feel like I have to suffer a tremendous amount of pain to be able to have a few good days, is this some kind of punishment?

I can hardly believe its nearly Christmas the weather has turned very cold with a north wind may be snow is on the way, I like snow but if its bad under foot I wont be able to get out.

Hope you are all as well as you can be.