Eczema is back on wrists and hands, also on face but not as bad as last time though. Pain levels have bean high 7/8 a lot of the time, may be because of no physio (Wietse is away).

Bad spasm in my neck could not straighten it, my head was on my shoulder the pain was going down my arm, with a lot of massaging I managed to release it after about 10 minutes. The pain was so bad - I nearly took morphine. Yes, I know I am not on it any more but I did not get rid of it why? ...I think it was a safety net in case I could not cope, its nearly bean a year. The last lot I took was on 13Th of May 2008.

Physio at last. Wietse put needles in my neck and just held my foot as it is very painful and sensitive. After he took out the needles he massaged my neck, it really hurt, he used some warming oil on it and told me to put some heat on it when I got home (wheaty bag). We talked about what had bean going on.

Had a rough night awake every few minutes with bad spasm and legs jumping. I feel like shit today my body feels like cotton wool, when I put my feet down it feels like they belong to some one else. I feel far away and spaced out ( I have not taken enough tablets to do that) feeling quite dizzy as well. I look very pale, ill looking. Body is very hot/ sweating in parts and ice cold in others - mostly legs and arms are cold. I am getting burning pain and ice cold pain at the same time, my foot can be burning like a fire and legs can be ice cold. What can I do to help that?

When I was in town I saw a lady who I spoke, to she said my energy was draining away and was to look for the positives in life not the negatives. I said there were not many for me at the moment.
She explained she was a psychic medium - really weird.

Neck has improved I have used a lot of BIO FREEZE and WHITE TIGER BALM, anything to help the pain. I think I might be heading for a cold or something as I feel a bit different.
The last few days I have bean seeing things that are not there, like people stood next to me when I turn my head, when I am sat in my chair its as some one is sat with me. I see A cat laid on the floor. I saw my mum as well. Its not frightening but a strange feeling.

Doctor today I talked to him about the pain. I am going back on a low dose MORPHINE -OXCONTIN just for a month to see if it helps. I cannot carry on like this. Blood tests next week
Sleep has got no better .


Physio today Wietse did usual to neck, he also put needles in ears and forehead. He tryed to massage foot but it was too painful he had to stop, so he just held it gently to warm it up.

As I was going to bed (4.30) I heard water running near the the front door I though it was raining fast, but a pipe had burst it was a good job I heard it because if it was left the floor would have bean soaked. Paul turned the mains off. Paul went back to bed after a minute so did I.


Going to see Pam today as I feel a little bit better, tired buts whats new, pain levels down a bit.
On the bus going I actually went to sleep and nearly hit my head on the seat in front.

When I got to Pam's ward she was going to the shop with a friend. I said I will just sit down till you get back and have a rest. When they came back I was a sleep. And on waking I felt really strange. Pam has improved a lot and is hoping to go home next week. Malc (Pam's husband) also has improved. Pam's friend said she would give me a lift back as she lives close by.

On getting up I felt very dizzy, legs felt like cotton wool again. We left the ward to walk to the car.Walking down the corridor I felt really dizzy went to the wall to lean on it slid down to help the dizzy spell, I passed out falling backwards hitting the back of my head on the floor, this I do not remember. A doctor and others came out to help, the doctor held me in his arms, that I remember, he was very nice. I was taken to A&E in a wheel chair, I kept falling forward and had to beheld by some one.

At A&E they did some tests and looked at my head which by now really hurt, luckily I had not cut it but had a egg size lump on it. They took some blood and urine to test for the cause of the blackout. They decided to keep me in over night to observe me. My blood is not right. Also there is excess protein in my urine.

I am in the short stay ward. I really feel bad. At about 10.30 I asked when I would be getting my night time tablets as every one had got theres, the nurse said they have not bean written up yet by the doctor so I would have to wait. I said oh no I am not going through that again and explained what happened in July(tablets withheld) 10 minutes later I got them.


A doctor came to examine me early hours of the morning, and did more tests and asked a lot of questions, he pressed on my stomach and it really hurt.

After a painful sleepless night another doctor came to see me and asked the same questions, they think I have a water infection as there is a lot of protein in urine. Told to rest in bed.


Later in the day I was told I did have a infection and would be given antibiotics.

I have a lot of pain over my bladder area tum is swollen weeing a bit every few minutes I feel really bad, so much for a better day.

There was a lady in bed further down the ward, she did not move and had to be fed also she did not speak only to shout out weird noises. I looked at her and wondered if I would end up like that it was a scary thought but realistic one it really got to me.


Later on in the day after having all the tablets I could and not much pain relief I was given a MORPHINE INJECTION this actually helped the pain but wore off after a while.

I was able to get out of bed today, I was very wobbly and dizzy, I had to be helped when I walked. I was given my ANTIBIOTIC'S and IRON TABLETS as I am anemic, I feel bad head still hurts big soft bump on it, my foot and shoulder hurt also. I had to have another MORPHINE INJECTION for the pain, good stuff for pain.

The doctor came and said I can go home later on in the afternoon about 7pm after the antibiotics start to work I was well pleased. He was very surprised and shocked that I did not have a consultant for my RSD. Rested most of the day went home pushed in a wheelchair by Paul to the car. Pleased to be home I need to rest and Sandy was very pleased to see me.


Had 4 hours straight sleep still feel very shaky tum is still swollen ANTIBIOTIC'S are working as not weeing as much, not as painful

Had a weird thing happen, my legs seemed to forget what to do and I nearly fell to the floor. My toes on right foot are like that, due to the RSD. I hope they are not going the same way. I feel a lot better otherwise, but still very pale.


Bed 3am awake most of night feeling cold. Better day than the last few days. Weird feeling in right calf like electric shocks.


Mothers day I got cards and flowers from by daughter a card from my son with a promise of a present my other son took me for a meal chili con carne and a lovely chocolate fudge cake with ice cream, it was really good. I did think about having a second lot as well. We finished off the day by going into town to do a bit of shopping. All in all it was a very nice day.


Physio today Wietse put needles with electrics in my neck. I think this is helping me. I am feeling bad today very pale, weird eyes, drunken legs - I asked Wietse about my legs he thinks its the RSD spreading or a flare up from the past week. I know I feel very strange not able to think properly or even speak that well. I feel at the moment that I just exist and I am not living a life.

The good part of today is I looked after my little grandson who is two years old he is very good little lad, we played at cooking and he played football, I really enjoyed it. 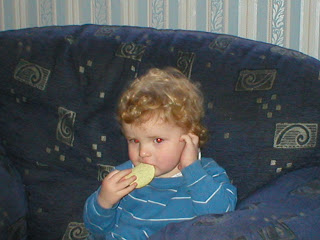 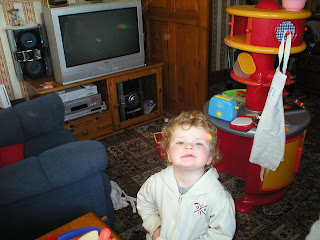 Well that's all for now, I hope next time its better news.

Gill I really hope you start feeling better soon, its not nice feeling like that all the time and still having to try and do things.
Sounds like quite a scare and I hope that things get cleared up.

Take care of yourself and there is always something to live for, remember that but sometimes it helps to feel a bit down and out as then afterwards you can really enjoy feeling happy.