Today is the yearly Santa Run/Walk. A run that takes place in the uphill part of Lincoln. The most historic part, in aid of charity. British Heart, Samaritans, the Siemens Club and other local ones this year. I am doing the run 3.5km about 2 miles. I have only run once since July. I hope things will go well. At the moment I have a sore knee. Vel my Physio said there is fluid in it. I am OK on the flat but in a lot of pain going uphill and sometimes down. The race is in a very undulating part of Lincoln. I will do my best. Some of you might think, FOOL for even doing it or even thinking about it. I say I still want a life apart from RSD and the other things that take over my body. The high I get from this lasts for just more than the race its self. Paul (Husband) is doing the same race but walking. 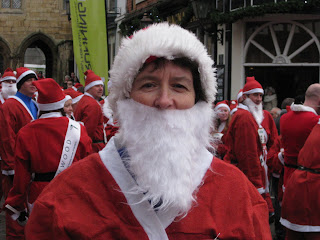 Me before the start. 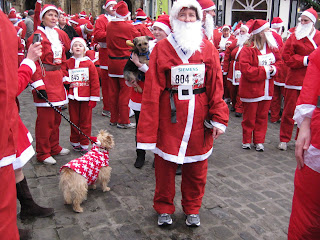 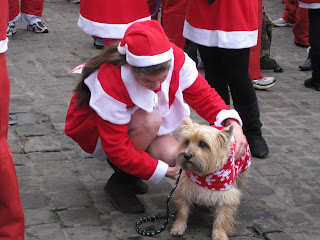 This little dog was doing it as well. 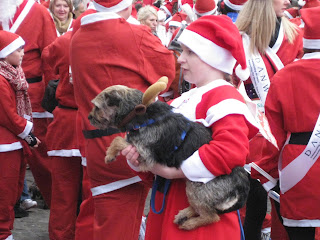 This little one could not wear his suit from last year as he had put on a little bit of weight so is a reindeer instead. I don't think he was very keen to walk as he was quite content just to be held. 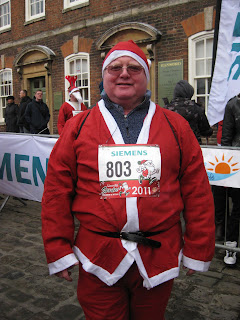 Paul before the start. 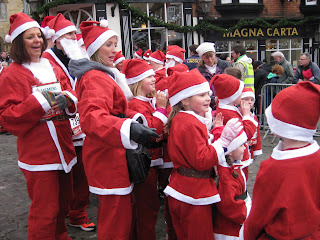 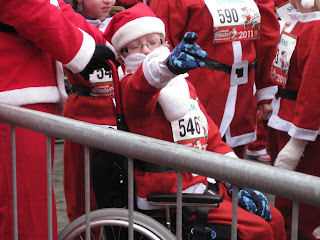 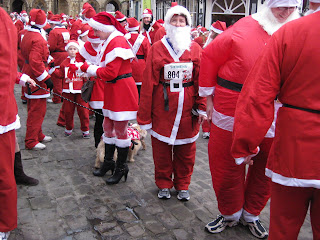 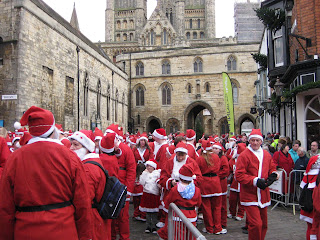 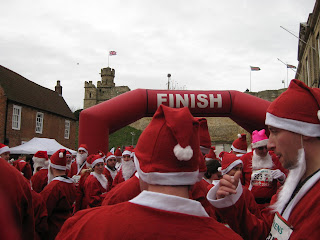 The finish just in case I don't make it.


At 11.30 prompt we were off . The race more or less started on an up slope so my knee started niggling straight away. I did my usual thing and ignored it. Downhill was next, not much better. I was trying to get in a sort of stride so I was able to keep going comfortably.
I found I had to walk a little this year, as my knee felt like it was going to break but I ran most of it. My shoulders were quite painful as well but not enough to stop me. Two laps, the second was easier than the first. I kept going and finished! In pain but real pleased! Not as fast as last year so slightly disappointed. 25min. Last year 23.48. I was fitter then I think. I was still on a high though I DID IT.... 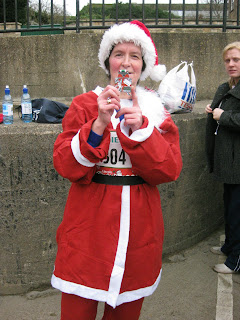 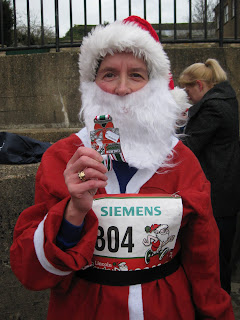 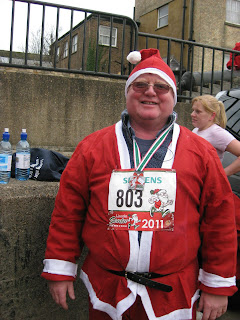 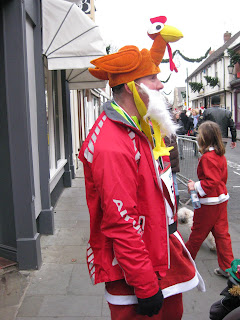 This man ran as a turkey so I said I would put him on my blog. 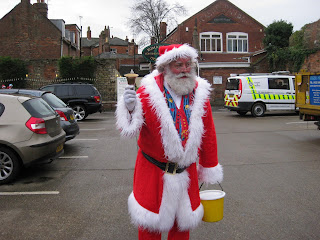 
A good day. We had dinner out we deserved it. As I said I was a little disappointed but Paul pointed out I was in Hospital just over eight weeks ago, unable to walk and was paralysed for 24 hours due to medication change. So not too bad what do you think?


I hope you like this extra blog of the Santa Run/Walk.
Love Gill.

Thats a great effort Gill! Some great pics. Keep it up :) Marcus