This a just an extra little blog to tell the world about my new little granddaughter Jamie-Lee Rihanna who was born on the 8th of September a month early. She arrived on Tommy-Lee's sixth Birthday. He was very pleased with his extra present.

Got a phone call from Lindsay about 2.30am. I was in Halifax looking after Wayne's cat while he is away on holiday, Florida, Disney World no less. She told me her waters had broken and it all was going to happen today. She did not get pain till later so just stayed at home going in about 6am. Two of her friend were birthing partners. (They help Lindsay while in labour). Jamie-Lee was born at 7.36 after a very short labour. She weighed five pound two and a half ounces. Lindsay was delighted

Jamie-Lee was cold to start with but did not need to go up to intensive care just a transitional ward where they keep a special eye on the babies. Mostly premature babies and babies that just need a bit extra care. Lindsay also well she said she did not feel like she just had a baby more like a dream.

Andy, her boyfriend and Jay-Jay and Tommy-lee were delighted with there little girl.

She had a feeding tube put in because she was not taking enough milk  other wise she would loose too much weight. Lindsay is breast feeding her. Just about all babies loose a bit then put it back on but premature babies can lose too much. I think its the effort of being born.

Paul went to see them both. I am still in Halifax. First pictures of her. 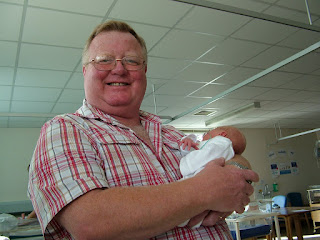 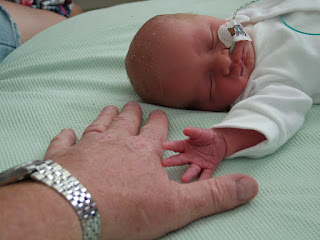 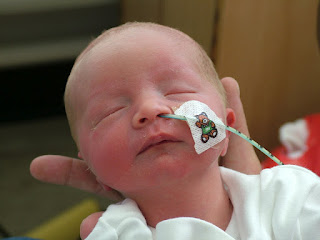 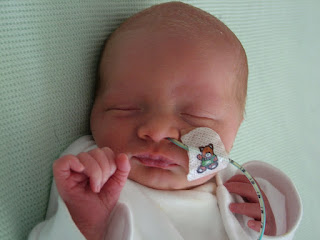 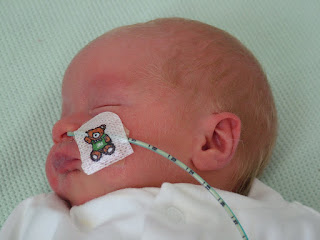 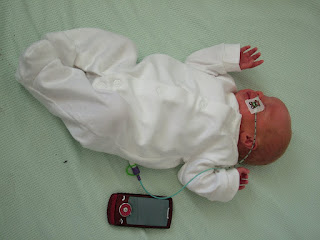 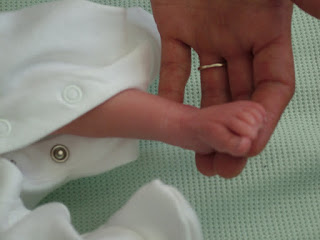 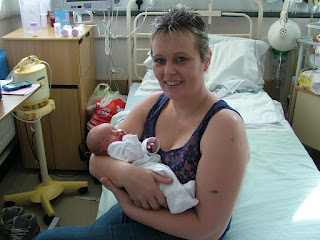 Lindsays friend, Tracy who was there at the birth.
1oth

Jamie-Lee had go under the lamp as she has a bit of jaundice not uncommon in premature babies.

I am coming home today so will be able to see Jamie Lee and Lindsay.
She is now out from under the lamp.

She is tiny, new born clothes are too big. Andy has got a few tiny baby clothes that are not too bad on her. I know some babies are a lot smaller even half the size but a lot need intensive care so she was lucky. 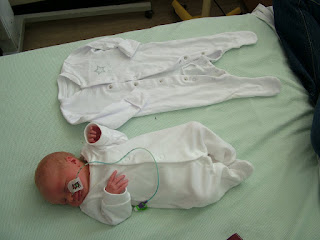 New born suit laid next to Jamie-Lee, who is in the tiny baby size. 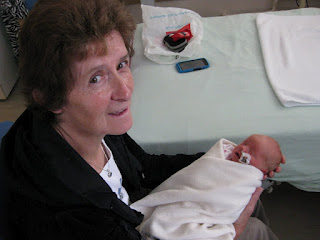 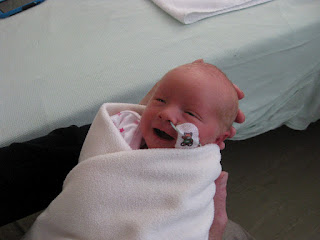 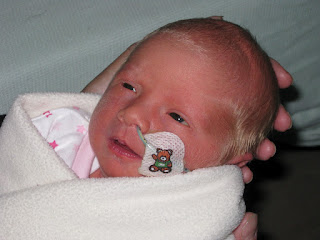 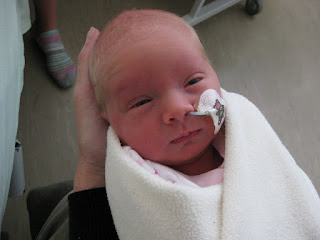 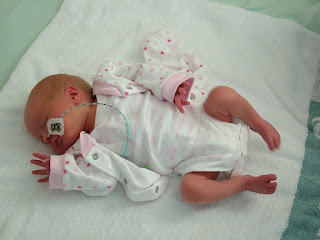 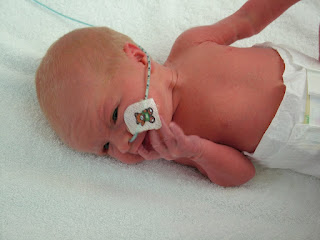 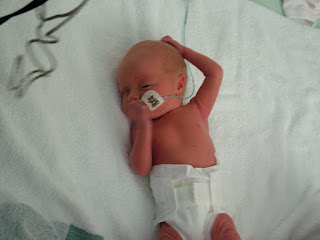 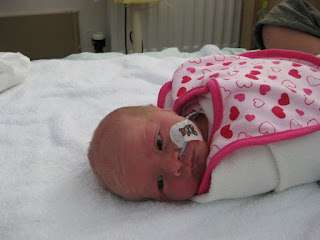 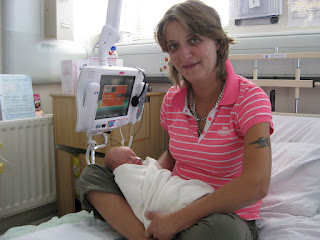 Jamie Lee had a blood test to see if she has thyroid problems like Lindsay. She will know in a few days. The feed tube has bean removed so if all is well when the Doctors come round they both can go home. She has also bean weighed, four pound ten ounces now so a drop thats normal. The Doctors are pleased with her progress. So homeward bound.

Hopefully the start of good things to come and fun times too.

Jamie-Lee has tested positive for thyroid. This might still be passed though from Lindsay blood or she could have the same. Another blood test is to be done in a month. This will prove more accurate.

I wish them all a happy and settled life.
Love Gill.