The day I have bean looking forward to is here. The Elton John Concert-" Wonderful Crazy Night"  at the Lincolnshire Showground. Paul and I, plus Andy a friend from the street set off early, good job too as there was a lot of traffic build up throughout the City.

We arrived and took our seats after the usual toilet visit. The stage looked so big and bright. Elton was going to be on very soon. We did not see much of the support act but it sounded pretty good. 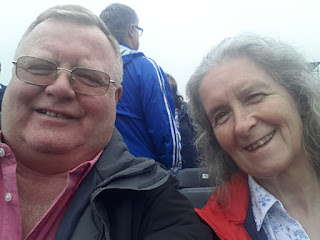 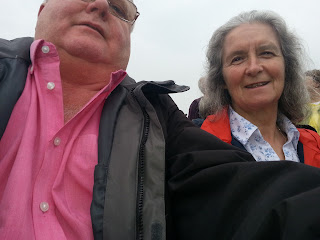 Sitting waiting for Elton to arrive. 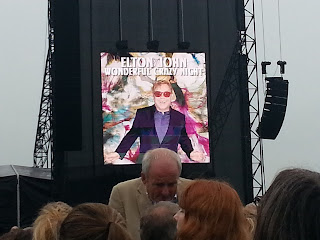 One of the screens Elton's new Album. 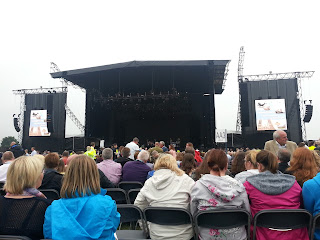 View from our seats. We were quite near the front.

One thing that bothered me was would I be able to cope with this, the noise and the lights also the vibration.


The stage went dark then lit up into a bright loud spectacular sight. There sat on stage not very far away was the one and only Elton John. Amazing, I felt tears in my eyes and a lump in my throat.
The roar was deafening, I have liked Elton John even before he was famous, very early seventy's.
Songs like "Your Song" and "Tiny Dancer". Of course you can not forget Bernie Taupin. He came from Lincolnshire too,  Owmby by Spital- meeting with Elton 1967. 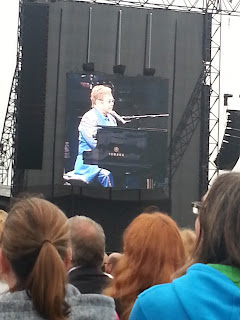 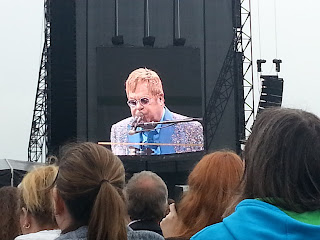 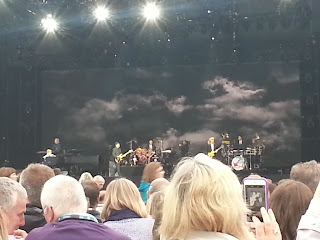 The rest of the night just got better. We were on our feet with the rest singing and moving with the music. The music was very loud, the vibrations were bad too.. I just hoped my body could cope. A few times I felt dizzy and in a lot of pain. I remember thinking to myself if I got ill here would Elton notice?  The night went on getting better all the time apart from the steady rain, but that was hardly a issue here, we had Elton---what more could anyone want. 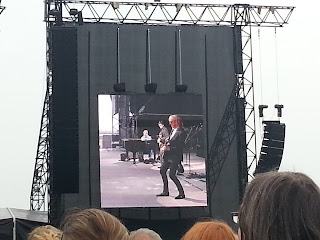 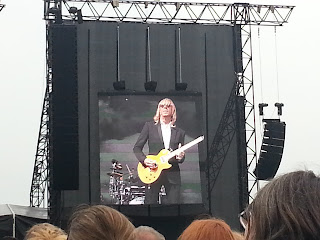 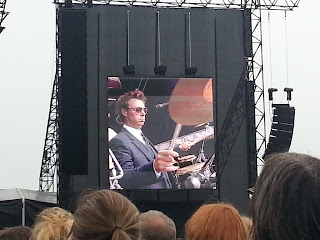 John Mahon joined the band in 1979 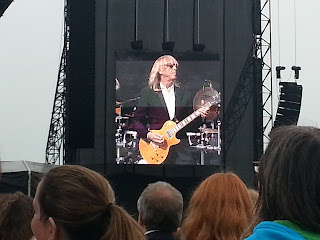 Davey Johnstone with Elton more or less from the start. 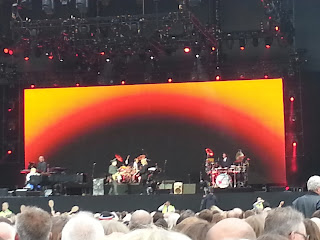 Other Band members are Kim Bullard, Keyboard, Matt Bissonette,  Bass guitar- Ray Cooper on percussion. He was with Elton in the early days. 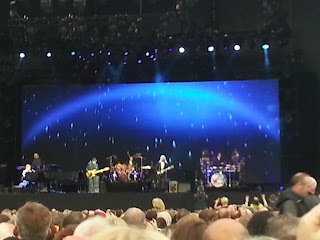 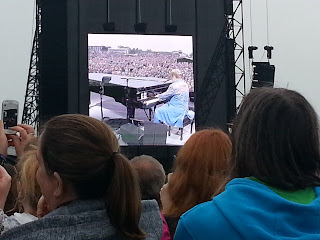 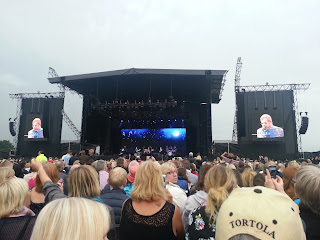 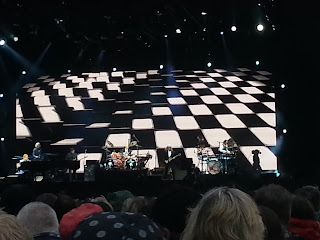 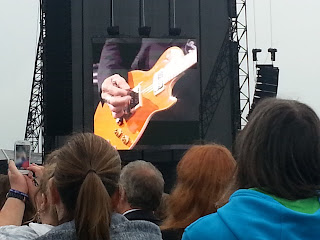 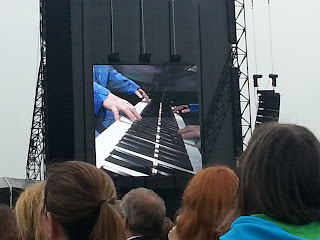 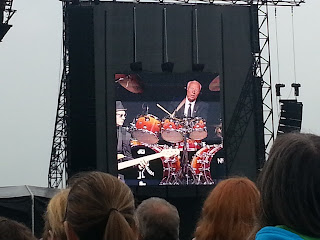 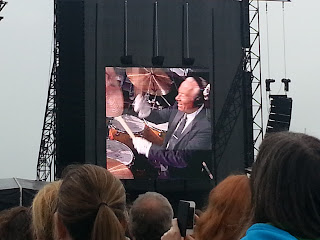 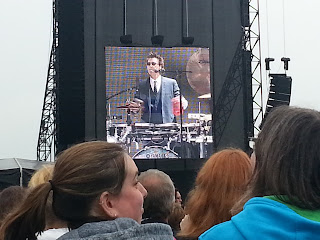 The night was fantastic, Elton played old and new songs. My first ever concert at 61 well worth waiting for. Elton John practically on my door step, what Elton fan would not want to miss this?
Yes the noise did get to me and the vibrations and lights. (Got through with the help of medication) Would I do it again. YES.

The show lasted about two hours, it took us over two hours to get out the car park. A brilliant night.
Not bad for someone that's 69 years old, yes 69 born March 26th 1947.


Hope you are all well and enjoyed this extra blog Love Gill.