B12 done today, still hurts, you would think I would have got used to them by now, the amount I have had. Told the Nurses how I have bean feeling the last week or so. I wondered if it had anything to do with the B12 or my blood. They suggested I spoke to the Doctor. So I made an appointment, the soonest one they had for my Doctor is 4th June then its only speaking on the phone.

Age UK saw one of the volunteer workers and put a few things straight after the lost tablet saga.

The day in the kitchen was quite busy but Jenny and I coped well.

Looking after a neighbours cats till Monday teatime I have looked after them before and they are no trouble.


Helping out today at a nature reserve at Dunholme:
http://www.nettlehamwoodlandtrust.co.uk/ashing-lane-nature-reserve.html

This is the village where I used to live, and where we were working was just about the same spot where our house used to be. This fell in to disrepair after we left 1967/68 I think, and it eventually fell down. How weird is that then. A good day but hard work and the day was hot with a cool breeze.

Doing a bit in my garden today. Since having my B12 I have felt a bit better, coincidence or fact.
Nowhere near as warm today and cold later. My poor tomatoes and cucumbers in the green house are not too sure what is going on. They are not growing too much either.

Pilate's today I was not sure till the last minute if I was going, as the last few times I have not bean able to do a lot. In the end I did go, on my bike as usual..The session was hard but I think it helped my tight muscles. I still feel tired but I think things are getting better regarding the pain. I do hope so I would like a better life please.

General things like cleaning washing ironing. I did finish off the rabbit I have bean making. 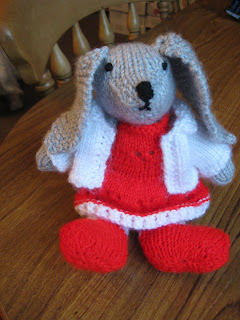 I think she looks quite cute.

Overnight rain has made the common very sticky and wet again, cold as well.

Age UK again when I got there I realised that the lady who I think went over the top about the tablets was working in the kitchen. I thought this could be fun or not. Anyway she was alright but it was a bit weird having her working with me.

Having a BBQ today the weather does not look too good though. By the afternoon it was very warm. The BBQ went well- just Paul, Andrew, Lindsay and Jamie-Lee, Tracy came after work. A good afternoon. Summer was on the scrounge as usual and we told Jamie-Lee to keep her eye on her food or Summer would nick it.

Feeding the cats again, they have got used to me now. They purr all the time and like me to play and  fuss them a lot.

On the common to day,  its really lovely with butter cups all over the place. 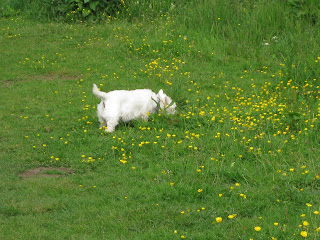 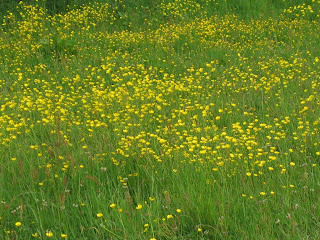 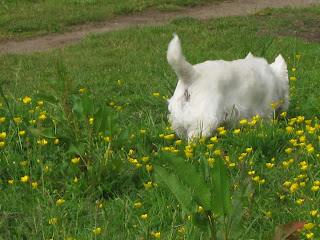 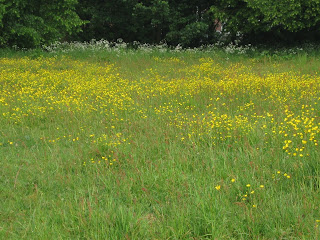 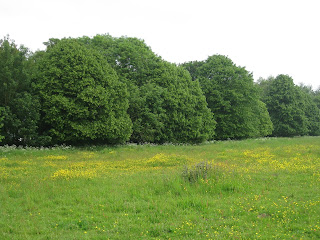 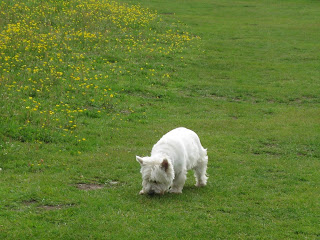 The horses have gone back to their own common now on the west side of town. We have got around ten left.

I have bean stripping off wallpaper in the kitchen as we are decorating it very soon.Tiles three quarters of way up and paper at the top. Quite a big job but its needed doing for a while now. We put on tiled wallpaper last time and it soon began to look scruffy. The paper we had before was great, but this was poor quality, same make of paper too. They don't make things like they used too!


Looking after Jamie-Lee as Lindsay is going to Sheffield for a check up.Paul is taking her. I hope they soon get her sorted and she can get rid of these crippling headaches. Jamie-Lee and I played with the dolls house for a while. 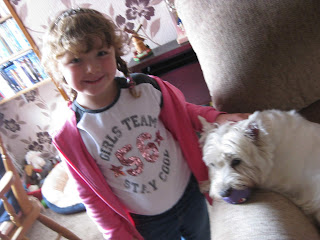 Jamie-Lee with Summer notice the ball in her mouth. 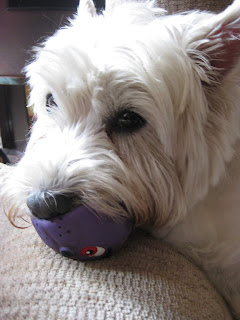 Andy the neighbour who's cats I looked after came round to thank me. He stayed for a cup of tea and Jamie-Lee played nicely on her on. Later we played with the Action Men. A good day, soon Lindsay and Paul were home and she told me what the Doctor had said. She had not seen Lindsay's latest scan as it was only taken on the 18th May in Lincoln. Lindsay is also is to see the Pain Clinic here in Lincoln again, they will help sort her out.. Hopefully. 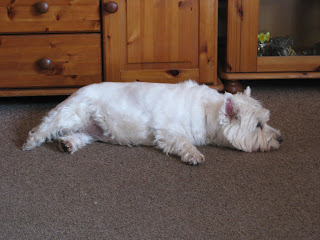 All tired out now.

Went and got all the tiles and paper plus the other bits to do the kitchen. No Pilate's today I did not feel up to it.

Heard Summer barking in the garden and went to investigate. Tabby cat was sat on the shed roof and was being attacked by a Magpie. The Magpie was pecking his back and trying to get him to move. I am sure the Magpies have a nest in the garden two doors away where Tabby cat lives. Tabby was not bothered by the Magpie at all and just sat there. After a while he moved and the Magpie went. I know they can get quite vicious.

Well that's it for this Blog. I think for me a bit better month. Hope things are good for you Love Gill. 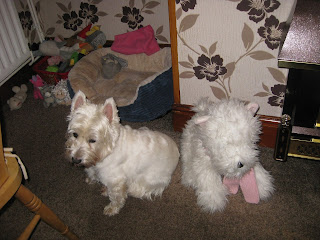