Had a nice letter from my friend Beeston Bev catching up with everything that has bean going on. I rang her and told her my news and family news. We are going to meet up in October after her holiday and mine.

Jamie-Lee was here from around 1-00pm. She had bean at her Dads but got bored. To be fair to him he has had the two younger children for the last few days while Lindsay recovers from her pain block.
I spoke to her and she said the pain felt a little bit better than the last few days.

Chris (Andrews Friend) played with her for a while, so did Andrew and Hannah.
We all had tea then Jamie-Lee went back to her Dads she could not stay here as I have a full house already.

Went to see my Mum and Dad also Brother Phillip at the Crematorium took some flowers and stayed a while. I tend to tell them everything that has bean going on. Some how this makes it all less real they are not still here. Everyone has their own way of coping with death.

Phoned Lindsay and spoke to Jay-Jay he said Mum was telling them off so she must be feeling better. The last few days she mostly bean asleep or resting.

My knee is still playing up and I am very tired, lack of sleep I think, but not much I can do about that one.

Walk on the common with Ben-- glass all over and bin bags just emptied out. The glass is on the paths and grass and lots of it. I carried Summer but not everyone is lucky to have a small dog. I picked up as much as I could, one lady said the Council had bean informed and were on their way to sort it out.

Early hours of the morning I was sat with my feet slightly up, when I tried to stand up pain shot through my left big toe, the toe went right under and pain went up my leg. I tried to bend the toe straight but all I could was try and rub it back to normal. This went on for over an hour. I was sweating and in a lot of pain. Finally the spasm released and I was able to stand up, only for it to start again. This time it only lasted a short while. Even when I went to bed my big toe was still twitching and I was afraid it would all start again. I think this happened because I had my legs up to try to stop the pains in my knee.

Cleaning up later. Night time and I try to knit a pair of boots for Jamie-Lee's doll that she is getting for her birthday. The pattern did not make sense to me picot edging in the middle of the boot instead of sewing it up. I tried it so many times. In the end I went on the web and realised that you do it from the back and not the front. Over three hours to do the first one and an hour to do the second one.
I usually don't give up on things but I nearly did on this one. RSD can make your brain I think, turn to mush.

B12-- has it really bean eight weeks since the last one. This time it did not hurt too much.
Joy was here just before and we had a catch up chat. She always brings Summer a chew so she was happy.

Age UK very busy today I did not even speak to Jenny for over an hour. I was late getting there as I was waiting for a phone call.
Trying to find a pretty dress for Jamie-Lee's doll that I mentioned earlier.
I got two very pretty ones at a charity shop so I was pleased. Little new dresses are very expensive.

Bean looking after a neighbours cats again Andy, one of them likes to sit in the road. He knows that I am feeding him so he crosses the road to see me. Not a good thing to do as there are cars and vans up and down. Not a busy road but it only takes one car to hit him. I know he is missing his owner and I think he is eating more to make up for it. I not too sure if the other cat is getting any food as he is not always there. This week a few people have thought he was homeless. He even ended up on face book, asking if any one knew who he belonged to.

Bad head pains later I think because I am exhausted but how can I sleep when my body will not let me. All my conditions get mixed up and they all start fighting each other.

Happy Birthday to Tommy-Lee 12 and Jamie-Lee 6 today. Paul had sorted out a special surprise for them at football. Magic Moments where they get to meet all the players and get special attention.


We got Jamie-Lee a Annabell doll plus a lot of clothes, some from when she was first born plus a bouncy chair. Tommy-Lee a Lincoln City football kit. 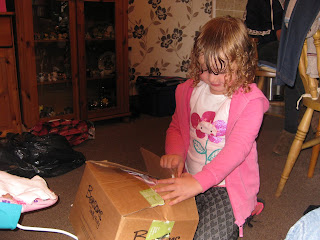 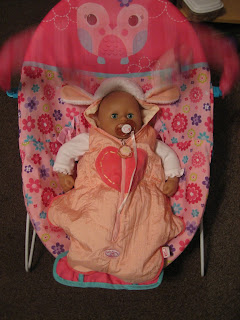 There she is Annabell. 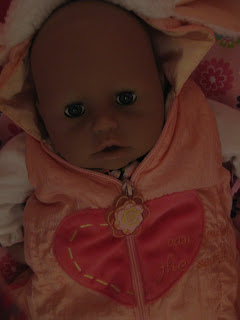 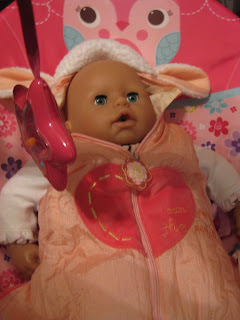 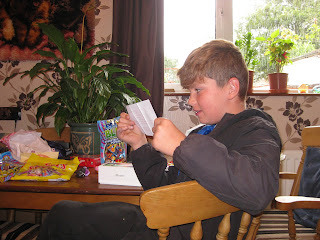 Tommy-Lee looking at the tickets. 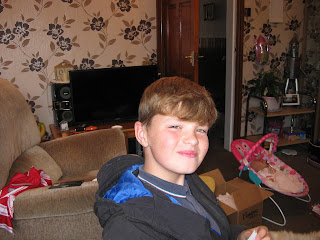 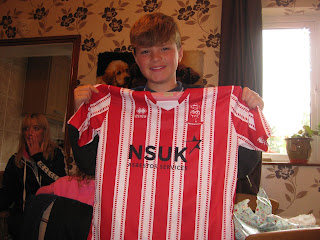 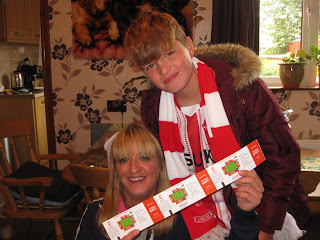 Lindsay and Tommy-Lee with the tickets Jamie had a melt down so would not have her picture taken.


Soon it was time to meet Paul at the stadium. 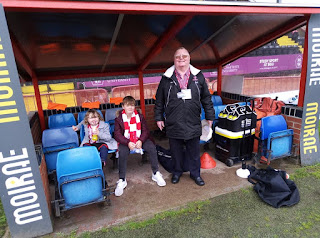 With Paul in the dug out. 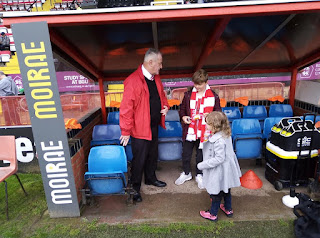 Also in the dugout. 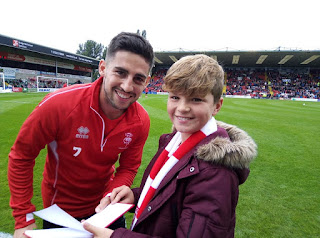 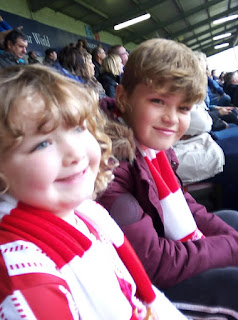 Despite Jamie-Lee having a meltdown she enjoyed the match very much. 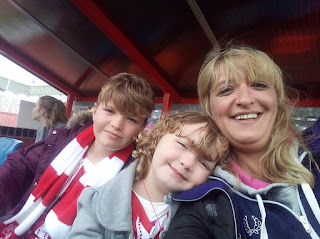 Tired after all the cheering. 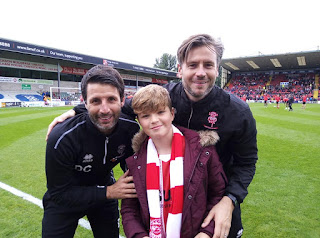 With the Lincoln City managers-- The Cowley Brothers.


I hope you both had a lovely day and enjoyed all the surprises.

Happy Birthday to Ben next door ninety four today. Took him a card and a present of Lynz he was happy.

Still bad head and very far away feeling. At times dizzy too. Not doing too much today.

Andy is back today so hopefully the cats will settle down and stop crossing the road now. He gave me a voucher for looking after the cats that was very nice of him as I don't expect anything.

Andrew and Hannah made cakes for Tommy-Lee and Jamie-Lee Birthdays. 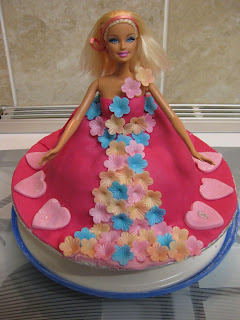 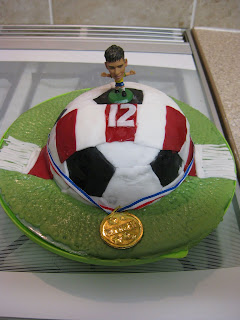 Football mad.
I think they were lovely and a lot better than I could have done.

Up at 8am despite only getting two hour in bed. Took Summer on her walk, the mornings are getting quite a bit colder now.

Cleaning up downstairs today. Not sure how it will go as not much go left in me.

Night time looking after Jamie-Lee for a few hours. She had some tea with us. I thought Mummy said you had already had your tea Jamie-Lee, she had chips and gravy. I have never know a child like gravy so much.

Andrew and Hannah gave her the cake she was very pleased with it. She said I have never seen such a beautiful cake, even better than yours Nanny. 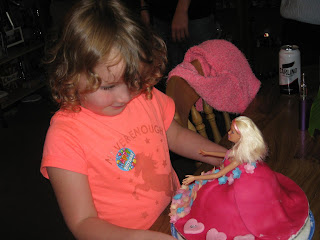 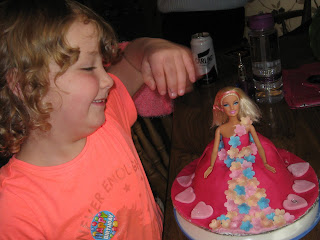 Tommy-Lee did not come as he was out with his friends. He can have his at a later time.

Soon Lindsay was back and time for for Jamie-Lee to go. She took her cake and Baby Annabell things home.

Pilate's this week knee still not good but I decided to go. Not too bad a session either. Jo was back from her holidays. Not good-- bad weather and bad conditions where she stayed. Nice day so I did some washing. Bit cold going there on my bike soon be time for gloves.

I had my bike serviced while the class was on. The man lives at Heighington and runs a bike shop, so it made sense to have it done there. The man I already knew he was a teacher from Andrew and Lindsay's primary school. He adjusted my brakes and checked and replaced cables, Oiled and tightened. Going home it did ride better and the brakes were very kean..

When I got home and opened the door, Summer shot out as Smudge the cat was there in the road as usual. A van was coming round the corner I pushed my bike in and stopped the van. I picked Smudge up and carried him back to his side. I shouted at Summer to get in, she did what she was told-Good girl Summer. The van driver was laughing as well. Not funny for me, but it must have looked like a Monty Python comedy sketch. Ironing later, arms and shoulders hurting

A chilly start to the day. Andrew came with us on the South Common. He and Hannah like to see the horses.
The day soon warmed up and the washing got dried. I washed Summers basket too. I ironed later, after yesterdays lot my arms and shoulders were really hurting today. A few tablets later and things were a bit better. Ironing two days on the trot does not go well for me.

Age UK today last one for a week as on holiday starting Saturday.  Quite busy, and a few moaning customers, and some just plain rude. We also have some lovely people come too.

A bit of shopping then home. I need to pack as not even started yet, but for me just open the cupboards and wardrobe and take out the things I need Simple.

I am looking forward to a week away as the last few weeks have bean a bit tough.That why this blog has bean published a few days earlier. The next one will be all about the holiday and what I got up to..
All the best to you all and I hope things are going well as they they can be.. Love Gill.