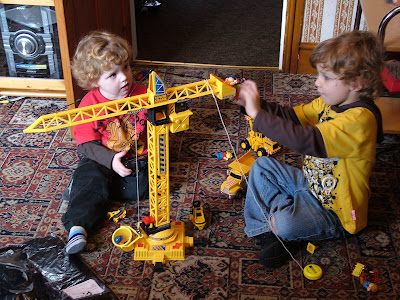 Tommy-Lee and Jay-Jay having fun

Physio - Wietse put in the usual needles shoulders,neck,head and ears. I told him about my shoulder he said he would have a look after the acue. We talked about the past week I told him I felt like I did not have a purpose any more and did not fit any where. He told me I did Michelle agreed. I am quite down this week. I was let down twice once, for going for a run,the other for a bike ride. I know I probably was over reacting but I look forward to any thing different from the same routine of pain and tiredness. Wietse said I can go out for a SMALL run on my own now, as long as I take my mobile with me and keep to populated places, but be sensible I was pleased. Progress at last?

After the needles were taken out Wietse began with the massage, boy did it hurt he said my shoulder was still unstable and advised me not to go to Pilate's After a rest I made my way to the bus still in a lot of pain. Once on the bus I settled down, most of the journeys are painful this one more so. As I traveled on the bus, it came to a sudden stop sending me in to the seat in front bashing my shoulder, it felt like it had bean broken the pain was so bad. The driver asked if every body was alright. I could not speak because of the pain I sat very quite for the rest of the short journey about ten minutes. When I got off the bus I asked the driver what happened he said some idiot pulled straight out in front of him, if he had not stopped like he did, he would have hit him, and it would probably bean a lot worse. I told him about my shoulder he said sorry, but they was nothing he could have done other than what he did I said it was OK, it was not his fault and I would see him next week.

To day I had two visitors my Birthday is tomorrow. They brought cards and presents it was so nice to see them. We talked about all sorts of things. The day was good it lifted my spirits a lot it is so nice not having to spend the day on my own, as usual.


Happy Birthday to me. 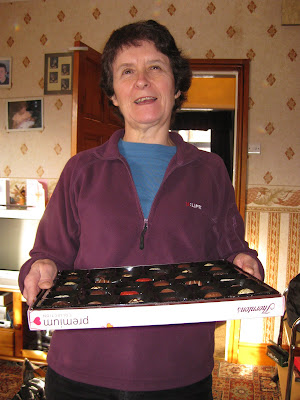 One of the boxes of chocolates I got. I actually passed them round to share hard to believe I know, but true all the same. They only got one each. 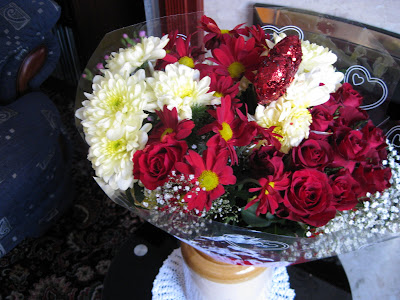 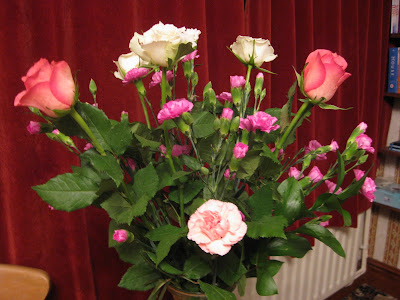 Today is the big day I am fifty five years old. A lot of people say I don't look it but boy do I feel it. Six years ago be for RSD I would have agreed with them but not now. I got lots of presents flowers, a plant, chocolates a digital picture key ring, hand/ foot cream, a pill box, sweets, money, grow a sea monkey set from my grandchildren they thought I would like it as Jay-Jay the oldest one wants one for him self I am sure I will like it. I got flowers from Andrews(my son) bosses as well, most unexpected, and a lovely thought. I still have two presents to come. The day was very good and special, if not very tiring as my daughter and grandchildren spent most of the day with me. 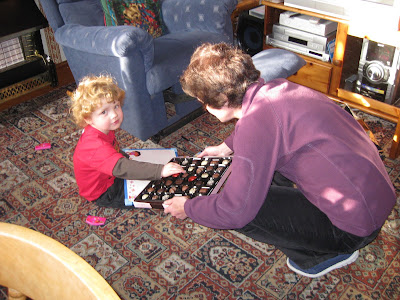 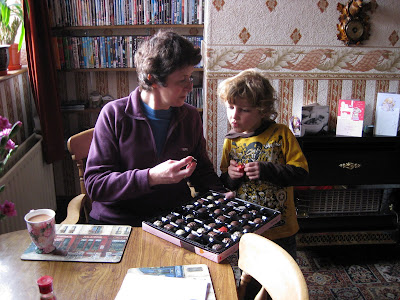 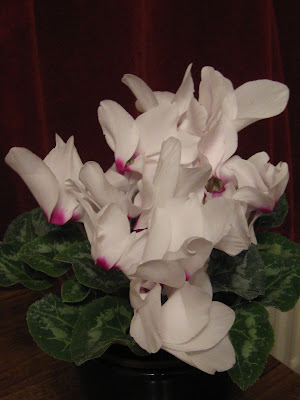 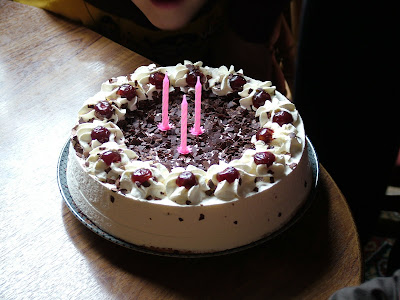 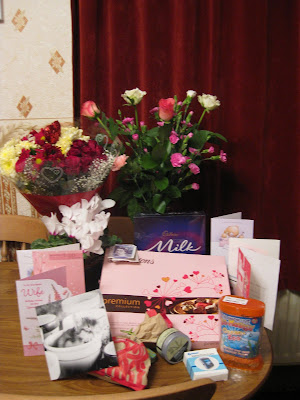 All my lovely presents and cards


Tomorrow we are going for a day out more on that later.
Well bye for now see you all very soon. Lots of love Gill