I am at the Hospital today to see some one about my eye. I had a big examination. Drops to make my eye bigger and a lens with some sort of yellow gue. Also a scan. After all this the verdict was a wobbly retina This could have bean caused when I blacked out at the University on 3rd May. Or it could have bean there be for a while. I had bean having flashing lights for a while but no floaters in my eye. This could get worse or it could right itself. I am to look for any differences in my sight. Otherwise just carry on as normal.

My eye is sore and quite red, a lot of yellow gunk coming out. The Doctor must have put a lot in.
My foot is very sensitive and hurts a lot.

Did my good deed of the day. I found a little dog on the common that a lady had lost. Owner and dog, Oliver very happy. Its nice when that happens.

My Daughter Lindsay has gone to Spain for a few days break if you can call it a break with three little ones. This is the first time Jamie-Lee has bean on a plane so it will be fun hopefully for her.

Not a good night in fact a terrible one. Burning in my legs and feet. Sore raspy throat as well.
Another busy day, the carpet fitters are here to do the two smaller bedrooms. They are doing a good job and every thing looks fine. Now busy again to get things back to normal, as next week the stairs and our bedroom are bean carpeted.

I took out my ear pins because they were getting sore and itchy. They had bean in two weeks so I was pleased they were  still helping me. Another week till I get Physio again. We have got Lindsay's dog Suey so summer is very pleased to have a friend round to play. Suey was asleep on my recliner chair. Summer jumped up and laid on top of her. Suey was not impressed. She got her own back because she trumped, a loud, smelly one. Summer sniffed her and jumped down. Suey then took over the whole chair she was almost smiling. 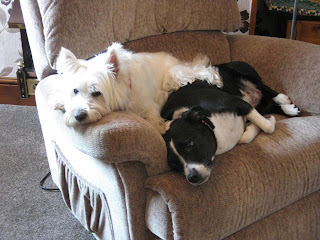 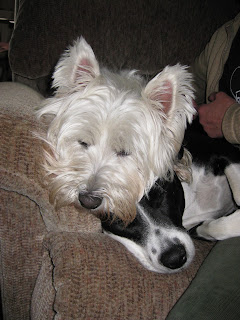 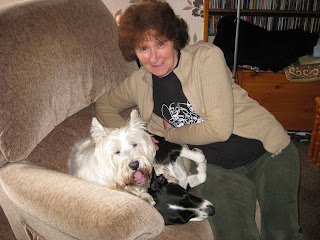 A tired Summer and Suey and me.

I took them both for a walk on the common Summer first, then Suey. Later Tracy came to pick Suey up and she was very excited. Tracy was taking her for another walk later. Suey was very good and did most of what she was told.

Lindsay phoned from Spain and said everyone was enjoying their time there. Jamie Lee was in the pool a lot and enjoying the sun and everything there was.

Last of the carpets fitted they all look very smart. The stairs and hallway one is red very posh I now walk the red carpet every day.
Another very busy day trying to get everything back in place. A long day. A lot of pain and  spasms taking a lot of IBRUES as well.

About one in the morning I felt very strange, cold, hot just not right at all. I put it down to the busy day I have had, so more or less ignored it. Later on the shaking started and the muscle and joint pain  and feeling sick. I recognised the signs of withdrawal, I then realised that I had not taken my MORPHINE tablet or any of the night time ones. I know what I did, I took some IBRUES so  I thought I had taken them. After taking them I began to recover but it did take a while. The MORPHINE has got such a hold on me now my body can not go with out the MORPHINE for long. I was four hours late taking them. Because I had taken IBRUES most of the day the pain did not kick in too much. I think it's bad when tablets cause more problems than the cure!

Physio- the  first for three weeks- Ear pins plus a needle in each arm to help with neck and shoulder pain.
This was a good session but my neck did not feel much different still very tight. Walking home I felt very far away headache as well. At least the burning seems to have settled a bit for now. A few nose bleeds this last week, not that bad, but annoying just the same its about time these stopped for good.

Wayne's here tonight so I am getting the spare bedroom back to normal so he has somewhere to sleep.
Another busy day. Wayne arrived later very tired as he had bean up a long time but otherwise well.
While we were sat talking Summer lifted my leg up and my RSD foot it hit the glass coffee table. PAIN lots of it. This took a long time to calm down and still hurt a lot later. When I had my bath my foot bled a lot and felt sore. More pain- extra pills.

Not a good night PAIN from my foot and sweating a lot. Yes I had taken my tablets this time. I wonder if my body is asking for more MORPHINE a lot of the time. My foot is grazed and sore. The RSD is having a field day with it. RSD is just a bully.

Waynes helping sort out a few things on my blog. He takes minutes where it takes me ages to sort things a lot of the time. Sometimes just lack of knowledge sometimes just the RSD fogging everything.

Lindsay and family are back from Spain after spending a few more days there because of French Air Space Strike. They stopped all planes flying over France not too sure why. A bit rough for them not knowing where there were going to stay. Ran out of money as well (Dad to the rescue) On the whole the extra few days went down well eventually.

Jamie-Lee is now crawling and standing up in her cot and has two teeth. Oh no!! nothing will be safe, play pen I think. 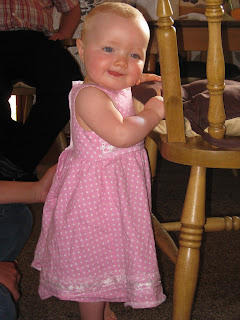 Cooked a Sunday roast dinner for Paul, Wayne and me of course. Very good as well. Summer has a bit of chicken as well. Soon it was time for Wayne to go home back to Timmy cat and Will. Paul is taking him home as he has a lot of things here to take with him.

A nice weekend apart from my foot which still is very painful. This hurts more when I have shoes on as it presses on the very sore bit.
I took Summer for a long walk to the crematorium to see my Dad and put some flowers on his stone. I wish he was still here and I could give him a proper present and a big hug.

Not a good day, joints bad pain and spasms. Walked to the Doctors to get my prescription and they had an emergency training day so no tablets today. Spasms and pain balance not too good.

Summer had her hair cut and she looks very sweet. This time a lady came to the house as Summer gets very upset waiting her turn at the regular groomers. Some dogs were crying and this made her cry too. Also she did not like being confined in a pen. She was very good with this lady and very calm as well. No problems. 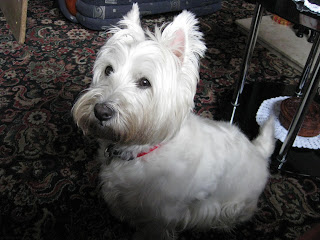 Summer before her hair cut. 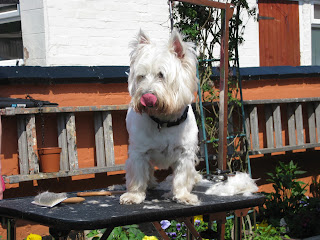 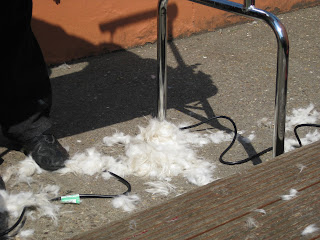 Look at all the hair it look like feathers. Summers hair is very soft and downy. 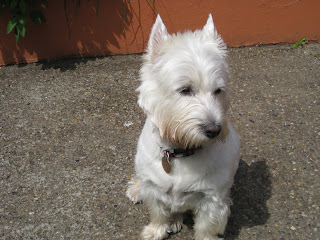 Summer after her cut.

Pilates- This went very well, the best for a long time. A few spasms but managed to fight them off. I even managed the one leg balance at the end without holding on to the wall.

Quite a bit of pain in my shoulders and hip. Tried some new pain patches. They are TIGER BALM ones. They helped but made me feel cold. My body temperature has bean all over the place, parts of me hot and parts cold. This makes me feel very uncomfortable a lot of the time.

Physio- Usual checks and things. I told them last weeks needles in my arms, for my neck and shoulder pain, were not as affective as some others they have done in the past  I am lucky to get these appointments as they are really on holiday. A few have come in to help out. I am so pleased as six weeks is too long now to go with out any physio.
Packing and sorting things out as we are going to Amsterdam tomorrow to see Andrew its his Birthday as well.

Summer is stopping with Lindsay and family, she loves Suey so much. Jamie-Lee and the boys are pleased as well. I know she will be happy there.


Well that's all for now. The next blog will be the Amsterdam one in a few days time hopefully.
Hope things are going well for you all. Love Gill.