At the hospital to check up about wrist. The Doctor was quite concerned about how little movement I had in my wrist and arm. I told him about the spasms I get if I try to hold things, or reach or stretch my arm. We spoke briefly about RSD he had heard of it- one of the few at Lincoln hospital. I told him I have had it for over 15 years. I told him I thought it has spread to my wrist. He agreed it most likely had. (Not a specialist)

He said it was a very bad injury to my wrist. I am to have physio, but when that will be no one knows. He did say it will be an emergency one though. Hopefully he said this will help the RSD as well.

Things have almost come to a stand still in lots of places. Boris keeps saying there is worse to come from this Corona virus.

Saw a squirrel in the garden- got 2 pictures but not too clear as he moved very fast. 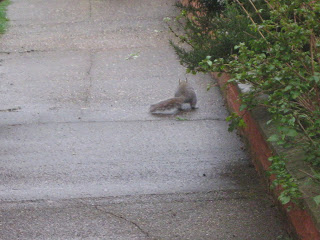 To the left near grass.

In town today to get a few bits before we are all locked in. Went to CAB but they were closed. I thought they would be but worth a look. I am appealing against the decision PIPS have made.

Angela came round later and we had a good chat. She brought me some flowers a few days ago and they are just beginning to come out. So nice of her she said I do a lot for her so its way of saying thank you. 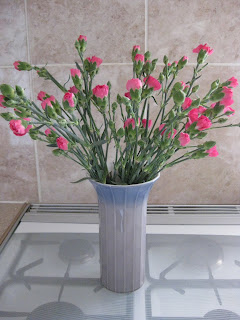 Paul food shopping today, he said a lot of the shelves are empty. He took Lindsay shopping too to stock her up. With 3 children the food soon goes.

I looked after Jamie-Lee while they were away. She did my nails, very pretty they look too. On the right hand they are still long, another symptom of RSD. I can never usually keep my nails long, as  they always break and split, so it's nice she can do them for me. Jamie-Lee does enjoy it as well. 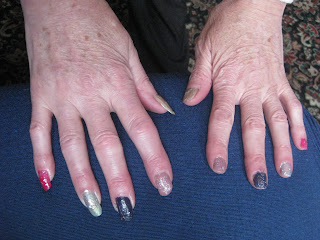 Walked home around 1PM- as B12 injection later.

At the Doctors no one got in without questions  about your health. Not many in the waiting room so that was good, the injection hurt a lot today, seemed to spread right up my arm. All done for 8 weeks now.

On to the Chemist, as Lindsay wanted Paracetamol for the family if needed but they had none. I had to stand behind a line away from other people.

B12 arm (left) hurt more later going up my arm to my neck. Hopefully this will be better tomorrow. With my wrist not good  I think any pain is made worse.

Boris has closed schools, pubs and parks. Meetings are not to be taken place, gatherings of not more than 2 people. Hopefully this will stop the Corona virus spread.

Arm and wrist is terrible pain today- spasms at the slightest movement. Reaching out for things with the other hand even makes it go into spasm.

Boris has locked down the country- no unnecessary going out. Shopping and walks for dogs or exercise are ok, but limit the time and not to get close to others. Recommended 2 metres apart rule to be applied at all times. This hopefully will protect more people from dying.

Summer has still being going out just the same. Andrew has bean coming too, Summer has really enjoyed him going as 2 people to kick her ball. We have bean keeping our distance from other
walkers.

Andrew has made Summer a  designer collar and lead very smart. Well done Andrew and thank you.
Summer looks very smart in it. 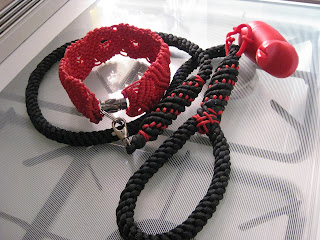 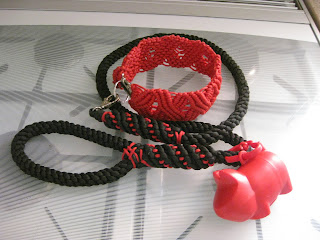 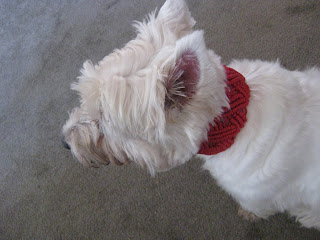 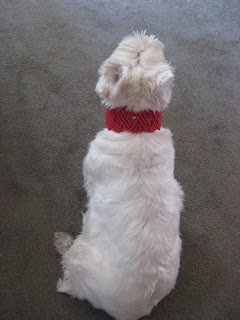 Summer showing off her collar.


So far my days have not bean any difference, as I hardly go out any way. So long as I can still get out with Summer that will suit me. We have a garden so that's good. I feel sorry for people in flats as they will have only communal space. People don't have to stay- in they can go out for walks just do what I do keep your distance. If we all do the same we can beat this virus.

Rung up physio as had a letter from them to make an appointment, this Wednesday 25th. I know it would be quick as it was an emergency appointment.

Call from physio- I explained what had bean going on with my wrist and arm. He had not heard of RSD no surprise there though. He said he would get back to me as most appointments are not going ahead only special cases.
He rang back a while later and said I can come in but alone. Sounds like a set up, and I will be mugged or some thing- no only joking I am sure it will be ok.

Started doing another puzzle this one is a long narrow one and will not fit on my normal board. So big Bertha board had to come out. This puzzle is a Christmas one so I think will look good when done.

Physio- saw a man called Vinnie very nice. We sat around 2 metres apart. He asked me quite a few questions, I did a pressure strength test, 60 lbs on left hand, barely 10lb on right. This was very painful and put my arm into a bad spasm. He gave me a few exercises to do, much what I am doing now but an easier version. Like press up against the wall that were too hard for me on right wrist. Do them on a lower table- hands as flat as I can, and lift up heels slightly. This puts less pressure on my wrist. I asked him if he had looked up about RSD so he understood it more. He said he had a bit, and it was complicated, I said it sure was. A few questions then that was it- I thanked him for seeing me. I am to go back after all the Corona virus has passed. I was very pleased I was able to go as it reassured me.

Did a bit more of the big puzzle it is hard like I thought it would be. There are shiny bits so only able to do in certain light. Lots of windows and houses- the snow and sky look the same.

Sowed the seed for the tomatoes and cucumbers. Put them in what Jamie-Lee calls hers and Wayne's bedroom. Gets lots of sun when there is any, so they should do alright. At least this year they are a bit earlier going in.

My wrist pain has not improved. Still terrible spasms going up my arm when reaching, or at times just moving it. I am doing the extra exercises that the Physio gave me, but that's causing more pain. But like every one used to say when I was running NO PAIN NO GAIN.

The lock down with me is going alright- not really much difference as I don't go out much any way  (hospital and Doctors.)
I know some people are more affected  Looking out for my neighbours as well.

Summer is still enjoying her walks with Andrew coming with us now. Hopefully this will still be able to carry on and there will not be a total lock down.

Clocks have gone forward so an hour less in bed. A very cold day with wind feeling like its coming from Siberia, sunny though dried most of the washing before the sleet came down.

A very cold walk on the common. With it being very dry and sunny the common has dried up a lot after all the rain and floods earlier in the year. Hope it stays that way so we have more choice of directions we can go.

I have now finished off the puzzle I thought there was one bit missing but I found it under the Velcro fasting on the puzzle board. Definitely one of the hardness ones I have done. I think the different shape of the puzzle did not help. A lovely puzzle one more done- plenty more to do. 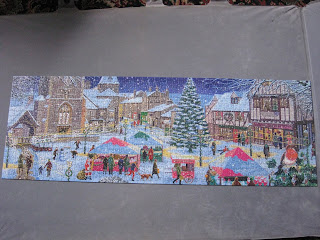 Andrew  has made a little name tag to go with Summers's collar and lead. 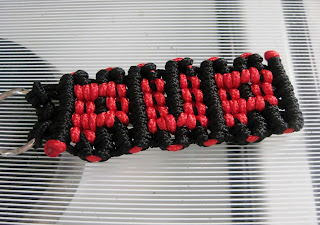 
Well here we are again with another Blog. Things a bit different all around us. Hope things here will be not as bad as other countries. If we all pull together and the same way, hopefully we come through this nightmare. All the best to you, where ever you may be love Gill.